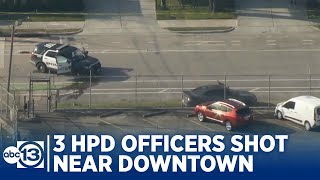 The shooting happened Thursday afternoon in the 2100 block of McGowen Street. According to police, they are actively searching for the suspect involved who fled the scene.