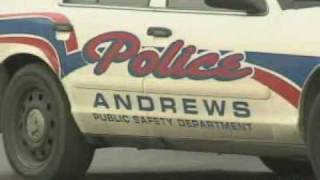 The city of Andrews is among the first in the Permian Basin to install signs in their school zones, prohibiting the use of cell phones.

This law actually went into affect last month, but police are not able to enforce it until proper signage is posted.

But starting today in Andrews, drivers can be ticketed if they don’t hang up in a school zone.

Some parents are happy to see one of Texas’ newest laws finally be enforced in Andrews.

“I know when people are on their cell phones, they’re distracted, and I know there’s a lot of big trucks and little kids. They’re off their cell phones, and I think they’ll be paying more attention to what’s going on around them, Andrews parent Blossom Schaffer said.

Others are more skeptical about it’s impact on student safety.

“It’s hard to say that it’s going to be that effective. To me, it would be more effective if it was no cell phone at all, when you’re in the car driving, Andrews parent Tracy Mainka said.

“The legislatures should have banned the use of cell phones on public streets and highways, period, Chief Jones said.

He says a study by the Highway Safety Commission proves that cell phones are one of the most dangerous driving hazards out there.

“People that use cell phones, particularly texting while driving, is 8 times more dangerous than a drunk driver, Chief Jones said.

But he and his department will be on the streets… ready to enforce the new law to the fullest extent.

“We observe someone on a cell phone in that school zone, they are subject to being cited. Just like any other violation, Chief Jones said.

He says the same will go for any other law the state may hand down in the years to come.

“I don’t think you can really circumvent the law and be a proactive law-abiding community, Chief Jones said.

Chief Jones says a ticket for using a phone in a school zone can cost anywhere from $50 to $200.

He warns that Police will continue to closely monitor school zones, especially ones with heavier traffic.