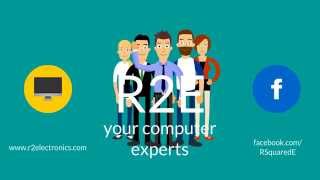 Buying used computers and laptops in Southern Oregon, (or online), has never been easier – or smarter! R2E has the best gently used, refurbished computers with warranties you’ll find anywhere. R2E techs are excellent at computer repairs and building custom computer system too.
Have you ever wondered why it’s 100% smarter to buy a professionally refurbished laptop or desktop computer?

You’ll get more computing power for money you spend. If you don’t need to own the latest and greatest tech, buying a gently used computer will save you hundreds of dollars.

You can build a higher quality computer for less as well. Suppose you’re looking for a gaming computer. If you custom order a new one, it will cost two to three times as much as building a system using existing materials.

You know exactly what you’re getting. Remember when Microsoft launched some of those ‘not so great’ operating systems? When you buy used, you can request the operating system you’d like to use. With a new system, you’re stuck with what they load up.

You can buy with confidence knowing that each computer has been thoroughly tested, and comes with a 90 day warranty. If there’s any issue whatsoever, bring it back.

You’re helping to reduce the hundreds of thousands of tons of electronic waste that is quickly filling up our landfills – and saving on resources needed to build new like silver, metal, and plastics.

Located in Medford, Oregon, R2E provides the best pricing so that you get more computer for your budget than anyone in the area.
Stop by or call to find out if your next computer is a fully refurbished, warrantied computer or laptop from R2E.