Chinese Power Saver – Does it actually save power? 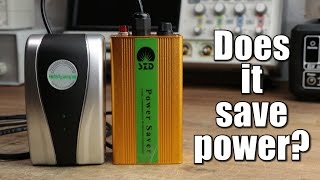 In this video I will have a look at two chinese power saver devices, explain how they work and why those might not be a good option to save power. Along the way I will talk about reactive power and distortion reactive power.