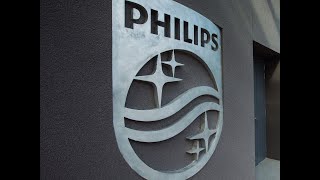 Royal Philips NV will buy back as much as 1.5 billion euros ($1.8 billion) of its stock, using roughly half the cash proceeds from offloading its appliances unit to reward shareholders. The Dutch company announced the buyback program Monday along with growth in sales and operating profit that was in line with analyst estimates. Philips reiterated it expects to close the sale of its appliances unit to private equity firm Hillhouse Capital this quarter, which is expected to bring in about 3 billion euros. The maker of respiratory gear and body scanners said sales in the three months ended in June climbed to 4.2 billion euros as clients in the medical field resumed spending on elective-procedure products after a pandemic-related slump.“Hospitals as well as governments are taking measures to shore up health systems,” Chief Executive Officer Frans van Houten told Bloomberg Television in an interview. “The near-term looks good.”Philips has been making acquisitions to build out its telehealth and diagnostics portfolio and provide a one-stop shop for hospitals and clinics trying to lower costs. The pandemic has sped up a long-term shift toward virtual care and boosted demand for equipment that allows health practitioners to look after patients remotely. Still, manufacturers of that equipment saw revenues squeezed by hospitals holding off on elective procedures at the height of the pandemic. Philips also suffered a setback early on in its new era focused entirely on health products, recalling roughly 3.5 million ventilation devices last month that are used to treat sleep apnea. Some of the machines use sound-abatement foam that can degrade and be ingested or inhaled, potentially having toxic or carcinogenic effects. Philips fell 1.2% as of 9:39 a.m. in Amsterdam. The shares have declined about 8% since the start of the year. Philips is aware of related class-action filings and is preparing for the cases to eventually reach court, the CEO said on a call with reporters. The company previously doubled its provision for expected costs related to the issue to 500 million euros, which weighed on profitability in the second quarter.“We are in discussions with the relevant regulatory authorities to obtain authorization to start deploying the repair kits and replacement devices that we are producing,” van Houten said in a statement. Philips slightly revised down its operating profit outlook, saying it now expects its adjusted Ebitda margin to climb by 60 basis points this year, after earlier seeing a margin improvement of 60 to 80 basis points.

All data is taken from the source: http://bloomberg.com
Article Link: https://www.bloomberg.com/news/articles/2021-07-26/philips-announces-1-8-billion-share-buyback-program