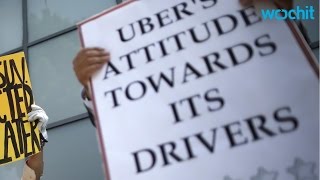 Uber drivers are employees not contractors, a US court has ruled, in a move that could mean higher costs for the app-based taxi service.
The decision by the California Labor Commission, which was filed in a state court, disputes Uber’s previous claims that its drivers are contractors.
It could mean extra costs such as social security, compensation and unemployment insurance.
There could also be implications for firms with a similar business model.
Uber is “involved in every aspect of the operation”, according to the ruling, which was sparked by a San Francisco-based Uber driver.
The company is now appealing against the award of $4,000 in expenses.

This video was produced by Wochit using http://wochit.com