Recycling an old TV? It could cost you 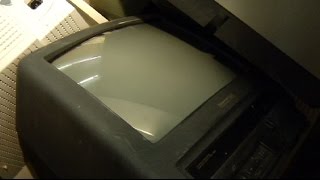 Take the “r” out of free and you get fee.
For years residents in the northwest metro have been able to recycle certain things for free, but, those days are going away as
there is now a fee to recycle your old computer, television other electronics.
From retailers like Best Buy, to nonprofits like Tech Dump, folks have to pony up some cash to get rid of things they no longer use.
“It’s very much across the board,” said Amanda LaGrange from Tech Dump in Golden Valley. “What we’re seeing is the impact of supply and demand. There are far fewer places that can responsibly recycle these than ever before and so we’re starting to see those prices really go up.”
Yes, the rules of recycling are changing at warp speed and can be confusing. It pays to be informed because dumping an old TV or computer is taboo.
“There’s still the state ban,” said Tim Pratt, recycling manager for Brooklyn Center, Brooklyn Park, Crystal and New Hope. “You still cannot put TV’s and computers in the trash. It’s not an option.”
“They do contain a high content of lead and mercury and other contents,” LaGrange said.
As for getting rid of old computers or TVs, the charges range from $5 to $50.
Paper shredding confusion
Paper shredding is another recycling issue and some folks are puzzled about the dos and don’ts. It’s okay to shred at home if you want. Just put it in a paper bag, staple it shut and label it “shredded paper” for your recycler.
Some cities also host paper shredding events.
“Our cleanup event in the spring where we have a shredding truck on site,” said Pratt.
Eric Nelson, reporting
http://www.ccxmedia.org
https://www.facebook.com/ccxmedia.org/
Tweets by CCXSports
Tweets by ccxnews

Learn about our mobile app – http://bit.ly/CH12app