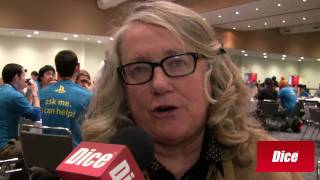 Since Battlezone, the military has used video games to train soldiers for combat. But what happens when you’re in combat and you’re suffering the traumatic effects? Playing games can also be therapeutic for soldiers suffering from nightmares, explains Jayne Gackenbach, Psychologist at Grant MacEwan University, who studies the value of video games on our psychological behavior.

Gackenbach presented a paper at the 2011 Game Developers Conference in San Francisco showing the nightmare reduction effects gaming has on combat soldiers. The games, Gacken explained, are a good training ground to handle that kind of stress.

For more on Gackenbach’s research, listen to her podcast on WebTalkRadio entitled Video Games: Brain Gain or Drain?