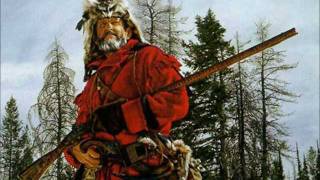 King made his best known recording in the spring of 1962. “Wolverton Mountain,” written with Nashville veteran Merle Kilgore, was based on a real character, Clifton Clowers, who lived on Woolverton Mountain in Arkansas. Clowers was Kilgore’s uncle. King and Kilgore agree that the original (Kilgore) composition of the song was not very polished, and that King eventually shaped the song into what it became. According to long-time King guitarist, Robin Vosbury, Kilgore came to numerous shows and asked everybody to call him “Uncle Clifton.” The song became an immediate hit, staying at number one for nine weeks during its 26-week run on the Billboard country chart. It was also a Top 10 in the Billboard Hot 100. It sold over one million copies, and was awarded gold disc status.[2] King followed up that year with an American Civil War song, “The Burning Of Atlanta.” which also reached the top 10 on the country chart and again made the pop chart. In late 1962, he recorded “I’ve Got The World By The Tail” which narrowly missed the country top 10.Claude King (February 5, 1923 – March 7, 2013) was an American country music singer and songwriter, best known for his million selling 1962 hit, “Wolverton Mountain”